Unless you plan to use your pet for breeding, we recommend neutering at 6 months of age. This helps to prevent unwanted/unplanned pregnancies, negative behaviour changes and some major illnesses which are of a higher prevalence in un neutered dogs.

We ensure that all dogs are health checked prior to neutering. This is a free of charge consultation, which can be done on the morning of the planned procedure. 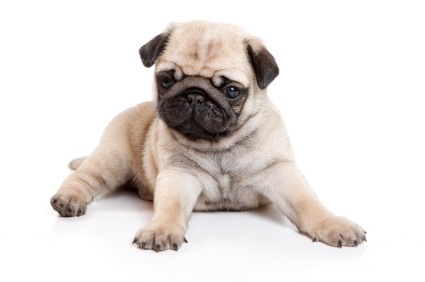 Why does neutering my male dog involve?

Neutering of the dog, or castration, involves removal of both testicles, and sometimes the removal of the scrotum, under general anesthesia. The operation is generally carried out as a day procedure and rarely requires an overnight stay. In most cases, the dog will be back to his usual self the following day, although he will need to be rested for a week or two.

What benefits does castration have for my dog?

Castration removes the risk of testicular cancer, which accounts for 5% of all canine tumours. Whilst these tumours can be benign, they can secrete hormones which can cause many problems throughout the body, such as enlargement of breast tissue, hair loss, enlargement of the prostate gland and suppression of the bone marrow.

A dogs behaviour can be affected by neutering. If a dog is aggressive or dominant towards people or other animals, the first advice given by behaviourists is castration to remove the testosterone influence on the animal. In many cases, the dog becomes calmer and easier to manage, and many of the aggressive and dominant traits are reduced. The urge to ”mate” with inappropriate objects, other dogs, and even human legs can also be reduced. As with all behaviour problems, the best chance of stopping a problem like this is to not allow it to become a habit, as this is a much harder problem to tackle.

What does spaying my bitch involve?

The bitch spay, properly known as an ovariohysterectomy, involves the surgical removal of the uterus and ovaries under general anesthesia. The operation is usually carried out as a day procedure, and rarely requires an overnight stay. As with dog castration, in the majority of cases, the bitch is back to herself the following day, but needs to be rested for a week or two.

What benefits does spaying have for my bitch?

Mammy lumps are very common in entire bitches, representing one quarter of all tumours found in dogs. Many of these are malignant, and so can easily spread to other organs within the body. By neutering a bitch the early incidence of mammary cancer can be reduced by up to 99% (each season increases the risk of cancer significantly)

Pyometra is a common and potentially life threatening infection of the uterus and requires emergency surgery. It generally occurs in older bitches and causes them to be very ill. Spaying removes the risk of the bitch developing this condition as her uterus is removed during the spaying procedure.

Once a bitch is spayed, she will not have any more seasons. This means that she will not have a discharge from her vulva and is much less prone to attack from amorous males. Many bitches have false pregnancies following seasons which can make them grumpy, aggressive, moody and can cause ill health. Removing her reproductive organs prevents this. Once spayed, it is impossible for a bitch to become pregnant.

As with male dogs, behaviour can be affected by neutering. In many cases the bitch will become calmer and easier to manage, and usually interaction with other animals is much less confrontational.

The decision to neuter your pet is entirely up to you, the owner. It is our opinion that the benefits of neutering far outweigh the potential prblems and we would advise that all dogs that are not to be used for breeding are neutered.